Wheels Started to Accelerate in Kayseri

In Kayseri, which produces about 80 percent of the steel doors in Turkey, the sector has started to mobilize. The sector, which is preparing for the Kayseri Steel Door and Window Fair, which is planned to be held in September, aims to increase exports by uniting under the umbrella of the association.

Wheels Started to Accelerate in Kayseri, the Leader of the Steel Door

In Kayseri, which produces about 80 percent of the steel doors in Turkey, the sector has started to mobilize. The sector, which is preparing for the Kayseri Steel Door and Window Fair, which is planned to be held in September, aims to increase exports by uniting under the umbrella of the association.

The sector started to mobilize in Kayseri, where approximately 90 percent of the steel doors produced in Turkey are made. While the preparations for the Kayseri Steel Door and Window Fair, which is planned to be held in September, continue, manufacturers are trying to unite under the umbrella of the association. The sector, which employs 20 percent of the current workforce in the city, aims to gain the mission of acting in an organized manner in the first place, and then to get a larger share from the export market, especially in Europe. There are around 200 steel door manufacturers in Kayseri, 70% of which are small and 30% of which are large-scale, and the sector alone employs approximately 20% of the workforce in the city. Although a net export figure cannot be given, since steel doors and their materials are not clearly defined according to international gtipe codes, it is predicted that Kayseri will export approximately 100 million dollars of steel doors in 2020. The steel door manufacturers from Kayseri, which largely enter the Middle East, Africa and the Balkan countries, aim both to bring Kayseri to the forefront in Turkey and to get a larger share of Turkey’s steel door market in the world.

Kayseri Chamber of Industry Steel Door Manufacturers Professional Committee Chairman Murat Yibur and ABSDOOR Chairman of the Board of Directors Köksal Kaya, who is preparing to become the founding chairman of the steel door manufacturers association that is planned to be established, informed the DÜNYA about the developments in the sector.

Expressing that Kayseri comes to the fore with furniture, but is Turkey’s leading city in steel door production in terms of capacity, Murat Yibur said that approximately 90 percent of the steel doors produced in Turkey are produced in Kayseri and the city stands out in terms of branding. Yibur, stating that Kayseri’s inability to benefit from regional incentives is also a disadvantage for steel door manufacturers, called for corporate marriage to the manufacturers in the city.

Emphasizing that the industry has problems to overcome, Yibur said, “Equity imbalances between our companies negatively affect our sales policies. We must also carry out radical mental changes in the structural sense. We see that there are very few institutionalized companies. In fact, we have entered a period where mergers are essential in order to work efficiently at capacity. With new formations, stronger companies will emerge. It may even make legal arrangements to encourage mergers. Strong companies will pave the way for meaningful sales policies.”

Referring to the gains that the association will bring to the sector, Köksal Kaya noted that the professional committees in the chambers affiliated to TOBB work slowly due to bureaucratic reasons. Saying that associations have the chance to convey the demands of manufacturers directly and more quickly to the competent authorities, Kaya stated that companies acting individually harm the industry.

The association ensures the rapid progress of the sector.

Kaya gave the following information: “We aim for a common synergy that will bring manufacturers together in cost calculation. There is fierce competition at home and abroad. Together, we will overcome this. We will teach our producers in Kayseri how to compete with the world, not with each other. Turkey’s market share in the world is only around 1%. If we do good work, we can increase this rate. We must have companies that produce doors at the standards demanded by Europe. In this, we will have important educational projects.”

ABSDOOR Steel Door is one of Turkey’s top 5 manufacturers in the steel door sector with its state-of-the-art machinery, highly experienced team in manufacturing and administrative staff with a quarter of a century of experience. ABSDOOR STEEL DOOR, the foundations of which were laid in 1982, has always adopted the principle of bringing Turkey and the world together with its products with modern lines since the day it was founded. ABSDOOR, which has accelerated its brand and product promotion by investing in manufacturing in its sector in the KAYSERİ organized industrial zone since 2005, has become one of the largest steel door manufacturers in Turkey today.

Why is ABSDOOR Steel Door Preferred?

ABSDOOR STEEL DOOR, thanks to its experience and technical infrastructure gained over the years, is... 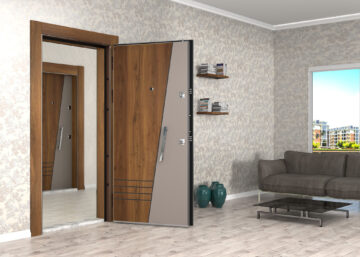 Our bilateral relations, based on long years and mutual trust, have recently brought us to... 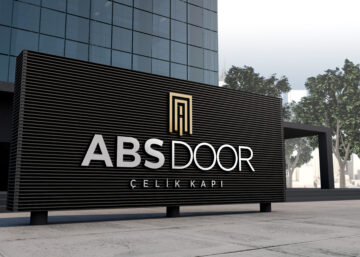 ABSDOOR Focused on Digitization for Sustainability

Focusing on growth in production capacity and export market, ABSDOOR accelerated its investments in digitalization...